It is the quintessential Fre 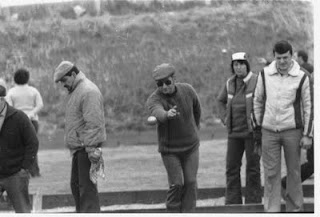 nch pastime uniting millions around dusty courts and bottles of aniseed liqueur. Now la pétanque — boules — has been elevated to a higher plane by a Buddhist master, who has been hailed across France for his theory that the activity is a helpful tool for meditation.

The thoughts of Maître Kaisen have been well received in a country that has always believed the national sport to be a superior discipline. Journalists have flocked to his retreat in southwest France to record his wisdom since the publication of his book on the art of throwing metal boules.

“If pétanque is practised in a just frame of mind, then yes, it can help you to grow,” he said. His words earned plaudits from amateurs on internet chat forums, but also from the country’s greatest boulistes, including Philippe Quintais, who has won the world championship 12 times. “I am not an adept of Buddhism, but people like that, they help you to recharge your batteries,” said Mr Quintais after visiting Ho Sho Ji, the temple founded by Master Kaisen in the Dordogne.

Posted by La Petanque Mariniere at 2:15 PM No comments:

BRING YOUR OWN LUNCH * FREE ICE COLD LEMONADE ALL DAY

STARTS AT 10:00 am * TWO GAMES BEFORE LUNCH & TWO GAMES AFTER LUNCH

RELAX AND ENJOY THE GAME OF PÉTANQUE, AN APPERITIF AND PATÉ AT THE CLOSE OF THE DAY

Posted by La Petanque Mariniere at 2:29 PM No comments: 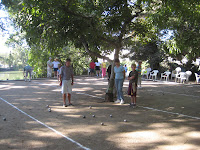 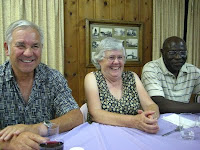 Greetings everyone! This is just a reminder that the deadline for team entries in the 2009 Emile Furlan Memorial Tournament, to be held in Knight's Landing, CA on Saturday, September 5th and Sunday, September 6th, is rapidly approaching. Please forward your team information as quickly as you can. As you know, this is a popular annual event for us and we've already had an enthusiastic response. Please remember again that the dinner on Saturday night requires separate reservations, so be sure to calculate your total fees for the weekend carefully. Click here for the entry form, hotel information and directions. If you have any additional questions please email Kevin McGill or Reid Evans right away.

This event is hosted annually by Club Français de Sacramento to honor the memory of Emile Furlan who did so much for our club. It promotes and encourages camaraderie and the enjoyment of the sport of Pétanque. While we follow the FPUSA's tournament rules for gameplay, please know that this is not an FPUSA-sanctioned event.

Best wishes to you all! See you in September! 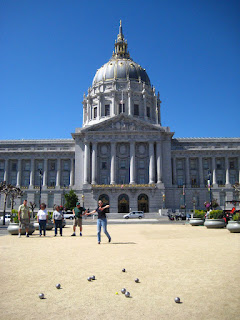 at the SF Victory court !!!
(at Hallidy Plaza, in front of City Hall, San Francisco,
between McAllister, Grove, Polk and Larkin
one block from Civic Center Bart)

Sponsored by
Apple to Pomme,
I.S.A.R.C.
and SF Education not incarceration.
Come and celebrate Franco-American
Fun and Solidarity,
in memory of Idriss Stelley

Bring a dish or try our Petanque sandwiches !
(Thanks to Fabrique Délices)

Boules provided if you don't have any

Posted by La Petanque Mariniere at 9:53 PM No comments:

La Pétanque Marinière is proud to host the FPUSA NW Regional '60 & Over' Mixed Doubles on Sunday August 9th. Registration is from 8:00 – 8:30 a.m. Competition will commence at 9.
Coffee and pastry in morning with apéritif at tournament conclusion – provided courtesy of LPM. Please Bring your own Lunch.

Click on the following for access to the official FPUSA entry form and local hotels.
Posted by La Petanque Mariniere at 10:28 PM No comments: