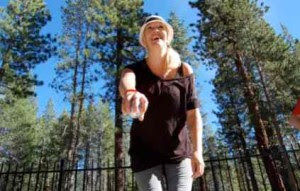 Jessica Williams plays a round of petanque. Photo/Provided
Petanque takes about 20 minutes to learn, is not too physically demanding and can be played on a range of surfaces, except grass, concrete or asphalt. Petanque or boules, as the game is also known, are not the same as bocce ball, but similar. Bocce is of Italian descent and is more of a bowling game. The French game of petanque is more of a tossing game. Bocce balls are rolled palm up whereas petanque balls or boules are thrown palm down to get a backspin. Petanque boules are about the size of an orange.
The club has been meeting weekly during the summer at members’ private homes. The goal is to create a public location for the club to meet and play.
The club is affiliated with the Federation of Petanque USA and the International Federation of Petanque and Jeu Provencal (FIPJP). The Lake Tahoe Petanque Club is an informal, casual club and welcomes players of all abilities, ages and nationalities. For more information visit the club website.
Posted by La Petanque Mariniere at 9:48 AM No comments: 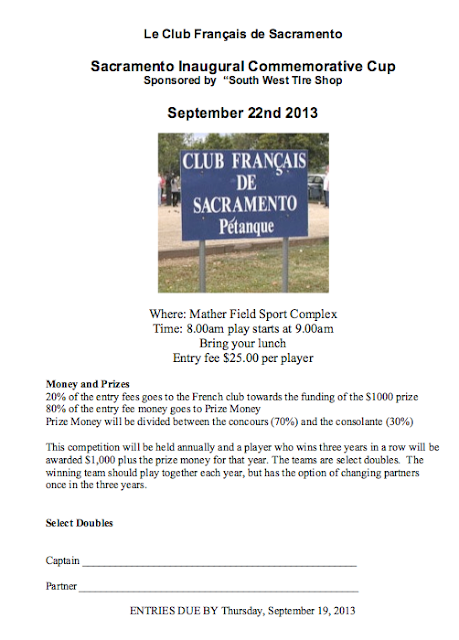 Posted by La Petanque Mariniere at 11:30 PM No comments: