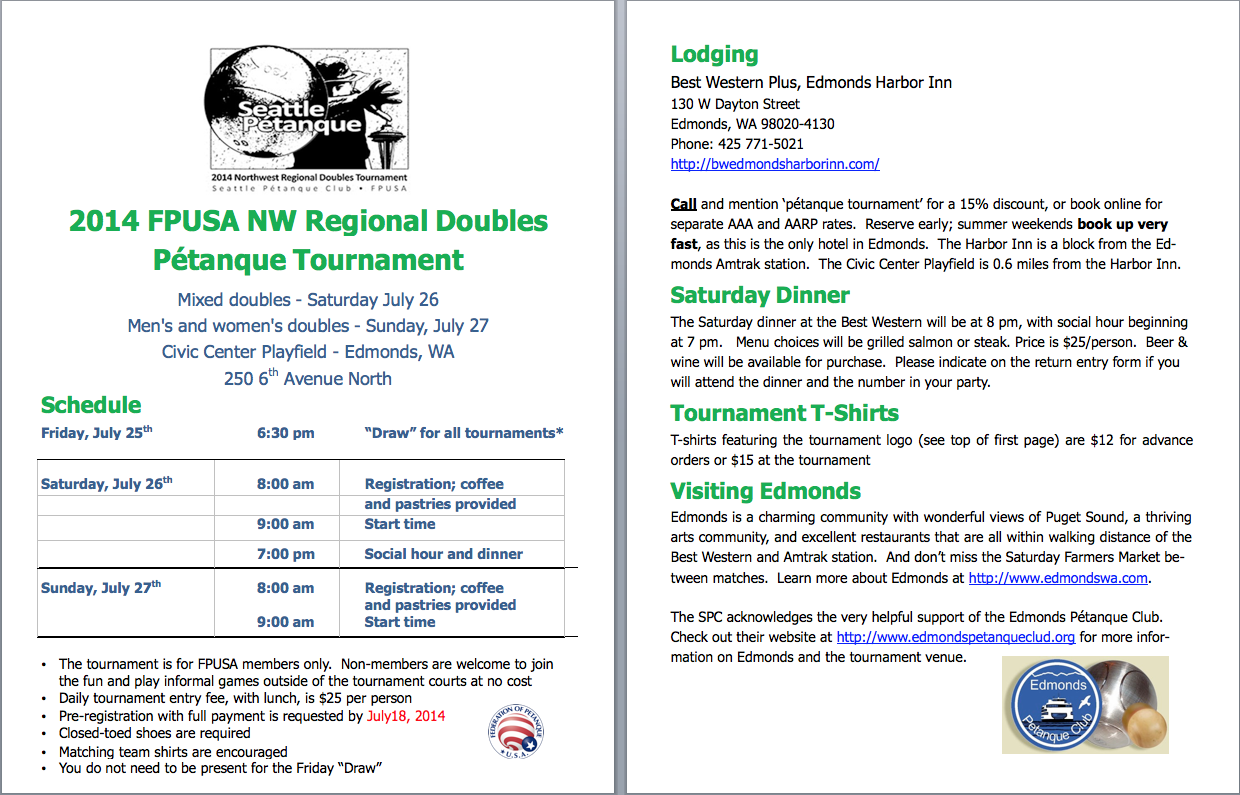 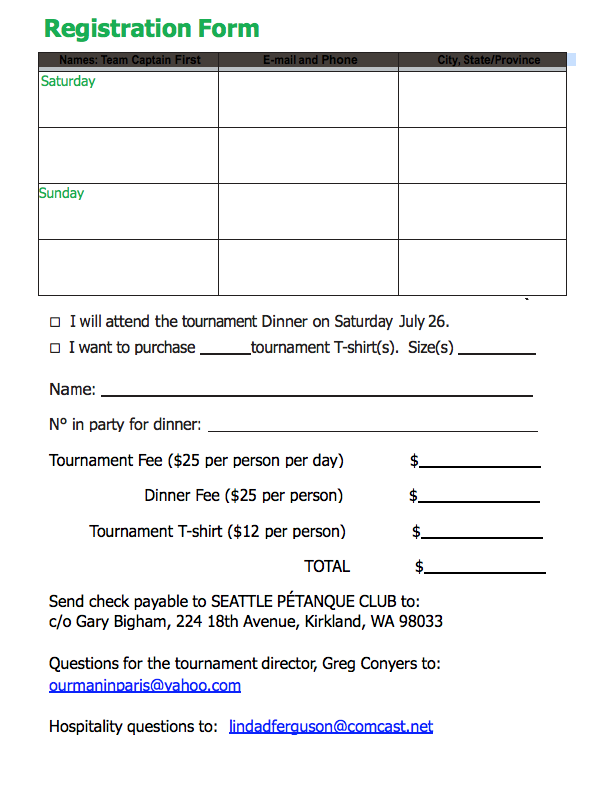 Posted by La Petanque Mariniere at 8:49 PM No comments: 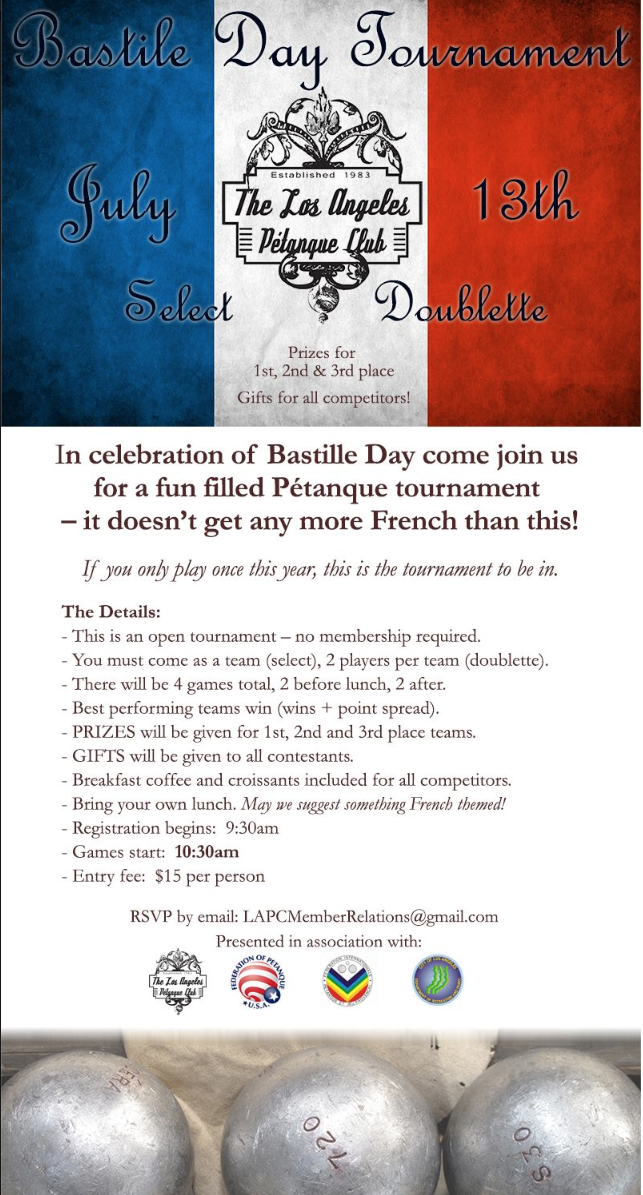 Posted by La Petanque Mariniere at 8:43 PM No comments:

The Lamorinda Petanque Club will be hosting both the


2014 FPUSA Men's and Women's National Triples Championships
on August 2 and 3, 2014 on their terrain at 480 St Marys Road in Lafayette, California.

In addition to being National Championships, these are Qualification Tournaments:

The  Men's Triples Championship will determine the Official U.S. National Team for the 2015  F.I.P.J.P. Men’s World Confederations Cup Tournament which will be held in New Caledonia in late 2015.

The Women's Triples Championship will determine the Official U.S. National Team for the 2015 F.I.P.J.P. Women’s World Championship. The venue will be announced when details become available.

On Sunday, August 3 there will be a consolante tournament, the FPUSA Federation Cup Select Triples Tournament in which any licensed FPUSA member may participate. More details about this are contained under the menu heading above .

Our terrain will be open on Friday, so you can come on down and familiarise yourself with the pistes. Registration and start times for both Saturday and Sunday are contained in the Tournament forms.

You will get all the Forms, Rules and other information you need by visiting the 2014 FPUSA Men's and Women's National Triples Championships website.

This link is also posted on the Landing Spot

The 7th Mexican Pétanque Open.
A tournament made in Ensenada (Baja´s paradise city), where players from all over the globe, come to enjoy the good life and play pétanque by the sea.


MX Petanque Open from elipsis on Vimeo.
Posted by La Petanque Mariniere at 4:58 PM No comments: 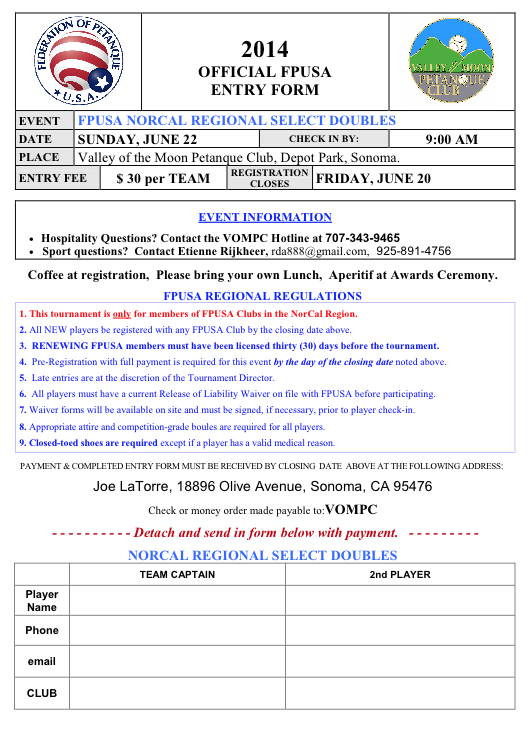 Posted by La Petanque Mariniere at 9:04 AM No comments: 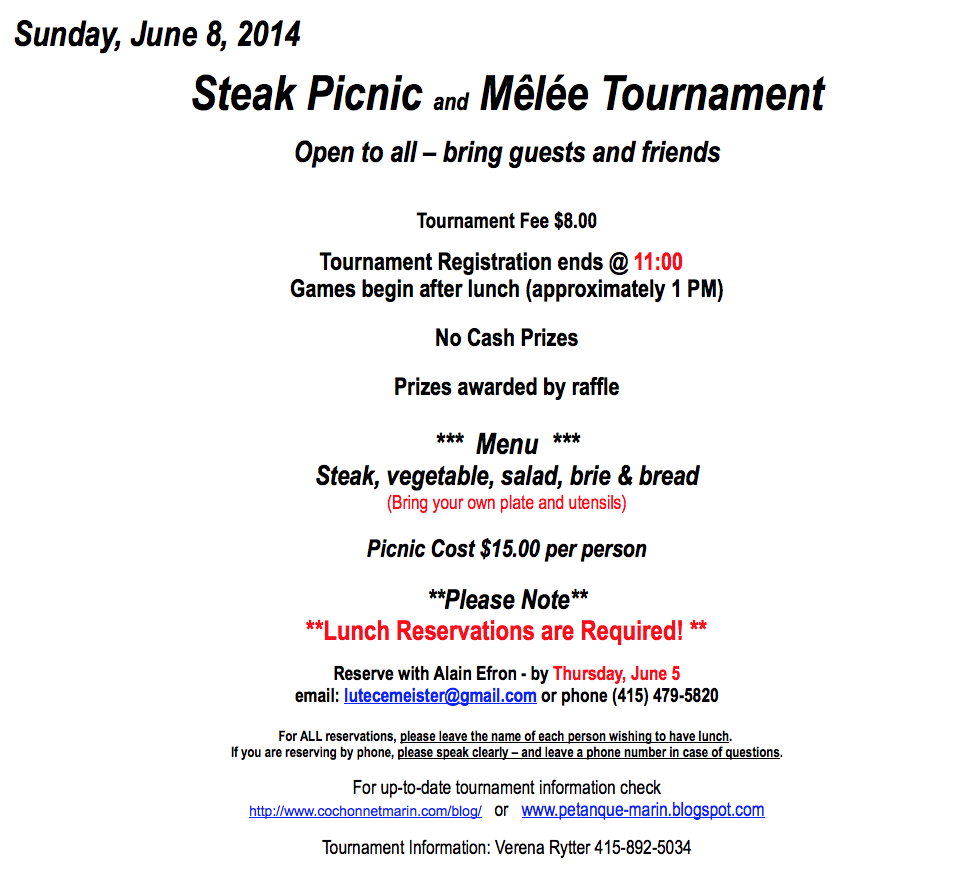 Posted by La Petanque Mariniere at 11:50 AM No comments: