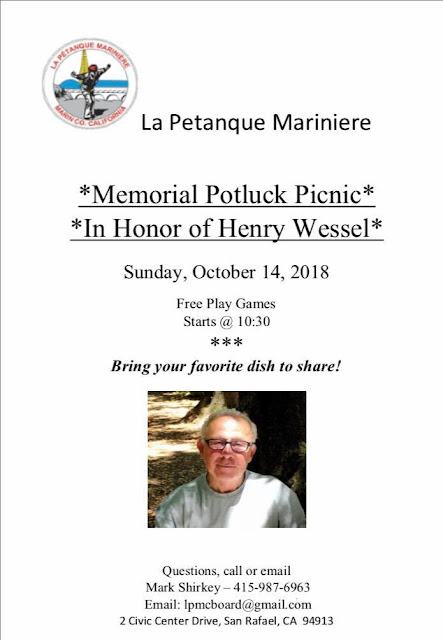 Posted by La Petanque Mariniere at 1:18 AM No comments: 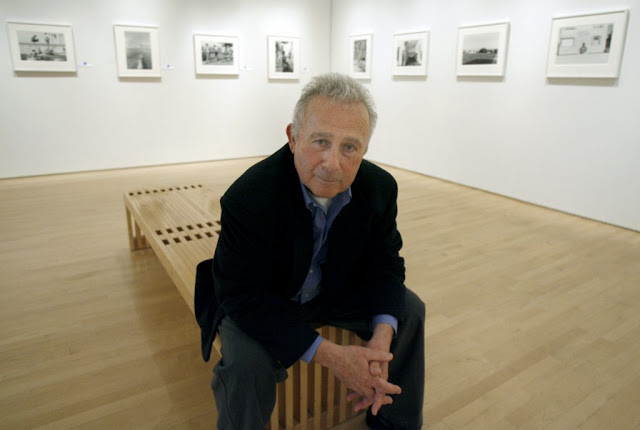 Photographer Henry Wessel at the installation of his exhibition at the San Francisco Museum of Modern Art in 2007. Photo: PAUL CHINN, SFC

Henry Wessel, among the nation’s most prominent artists in the medium of photography and a Bay Area resident for four decades, died at his Point Richmond home on Thursday, Sept. 20. He had been suffering from lung cancer.
His death was announced by his longtime gallery representative, Trish Bransten. He was 76.
Wessel was twice awarded the prestigious John Simon Guggenheim Memorial Foundation Fellowship, in 1971 and 1978. He was also the recipient of two National Endowment for the Arts fellowships in photography, among many other awards.
His work was exhibited at major museums throughout the world, beginning with a solo show at the Museum of Modern Art in 1972. He was one of 10 artists included in “New Topographics: Photographs of a Man-Altered Landscape,” a seminal 1975 exhibition at the George Eastman House in Rochester, N.Y. Exhibitions were also mounted at, among other institutions, the Museum of Contemporary Art in Los Angeles in 1998 and the San Francisco Museum of Modern Art in 2007.
Corey Keller, curator of photography at SFMOMA, organized the artist’s career survey as one of her first assignments there. “I did not know him when we started to work together, but by the end we were very good friends,” she said. “He was an incredibly generous person … everyone he came into contact with learned something from him. He always brought something to a conversation I hadn’t thought about.”
“Hank used to say that photography is easy,” Keller said. “He would say, ‘You have two decisions to make: Where to stand, and when to press the shutter. Pressing the shutter is saying yes to the world.'”
The museum holds 107 photographs by the artist. “We think he is one of the great American photographers, and our collection reflects that,” Keller said.
Numerous books of Wessel’s work have been published, including the five-volume “Henry Wessel: California and the West / Odd Photos / Las Vegas / Real Estate Photographs / Night Walk” (2005), “Henry Wessel: Incidents” (2013), and “Henry Wessel: Traffic/Sunset Park/Continental Divide” (2017). His German publisher, Steidl, plans several additional books, which Wessel recently viewed in proof, according to Bransten.
Wessel was emeritus professor of art at San Francisco Art Institute, where he taught from 1973 to 2014. His work is represented in San Francisco by Rena Bransten Gallery, and in New York by Pace/MacGill Gallery.
He is survived by his longtime partner, Calvert Barron, and son, Nicholas Ryder Wessel. A memorial event at the Minnesota Street Project is being planned for the afternoon of October 21st.

Posted by La Petanque Mariniere at 2:13 PM No comments: 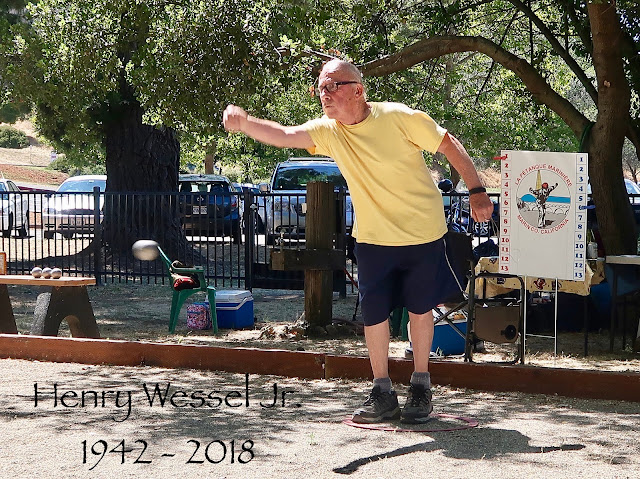 It is with a deeply sad heart that I am sharing this news.

Henry Wessel, our dear friend, dedicated pétanque player, talented photographer, hardworking board member and all-around great guy to know - passed away last night, in his sleep.
Our hearts and prayers are with Calvert.  We will miss our friend - and remember him and the wonderful moments we shared.

Posted by La Petanque Mariniere at 10:02 AM No comments: 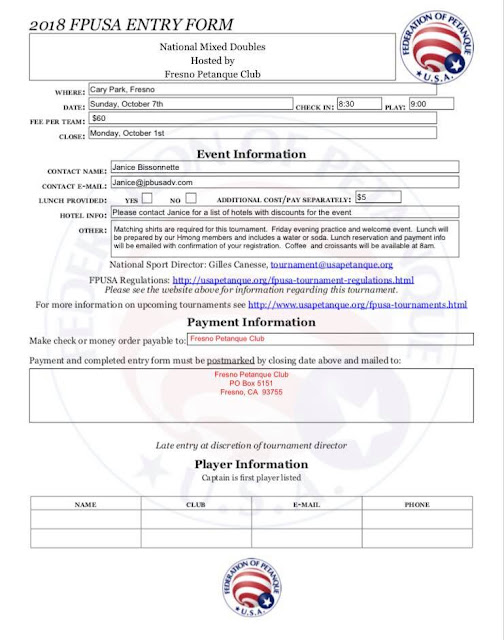 Posted by La Petanque Mariniere at 10:42 AM No comments: