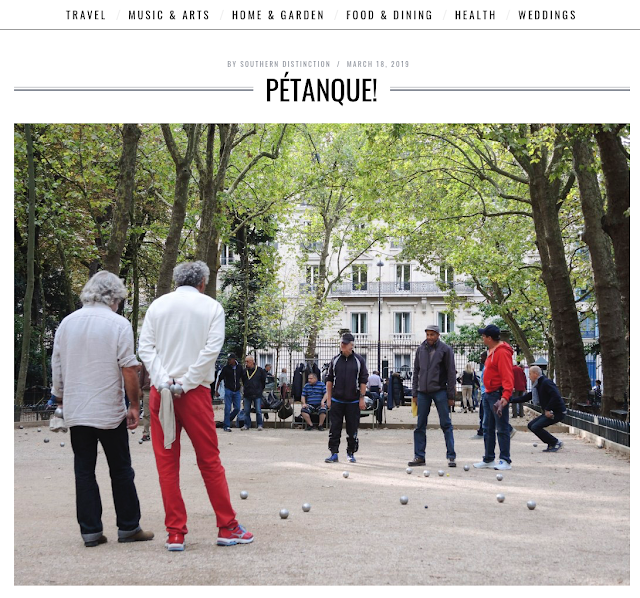 Get in on America’s New Sport!

Are you looking for a low-stress, very social game that can be played in an hour, is easy to learn, and encourages lively debate, serious concentration, and jovial competition equally among men and women, young and old? Pétanque, pronounced as pay-tonk, may be for you!
Pétanque is one of many boules sports across the world—including Italian bocce, English lawn bowls, French boule lyonnaise, Le Jeu Provencal and others—where players or teams attempt to get their own balls closest to a smaller target ball. Pétanque is distinctive in three ways: 1) pétanque balls, or boules, are made of heavy metal (about 1.5 pounds each) rather than wood or plastic, 2) players throw a boule with palm facing downward, rather than rolling a ball with palm up, and 3) players stand within a stationary circle when launching the boule. In fact, in the dialect of Provence where pétanque was invented, it is pèd tanco, literally “feet fixed” (to the ground). read more

Posted by La Petanque Mariniere at 12:48 PM No comments: 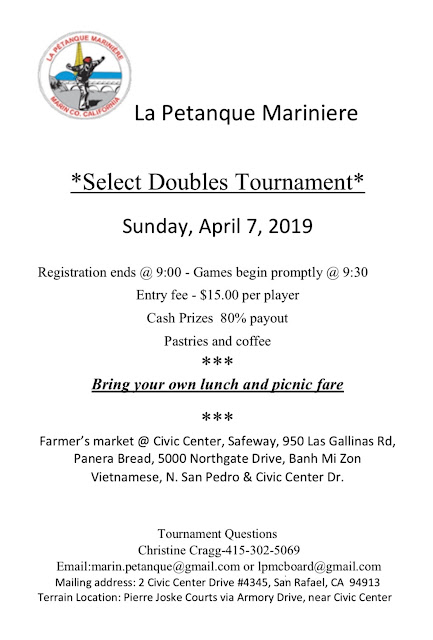 Posted by La Petanque Mariniere at 12:41 PM No comments: 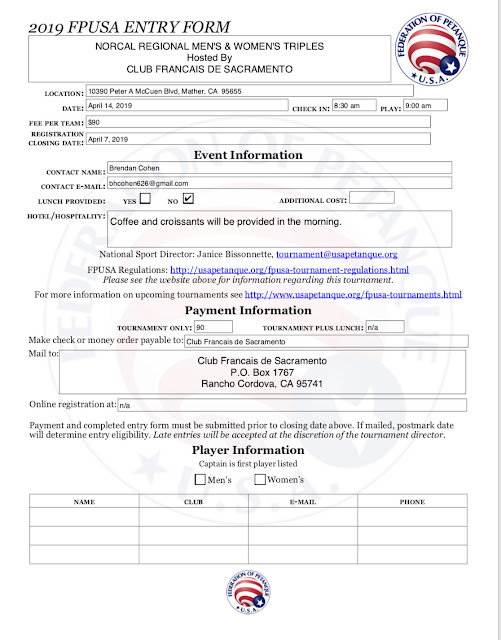 Posted by La Petanque Mariniere at 12:40 PM No comments: 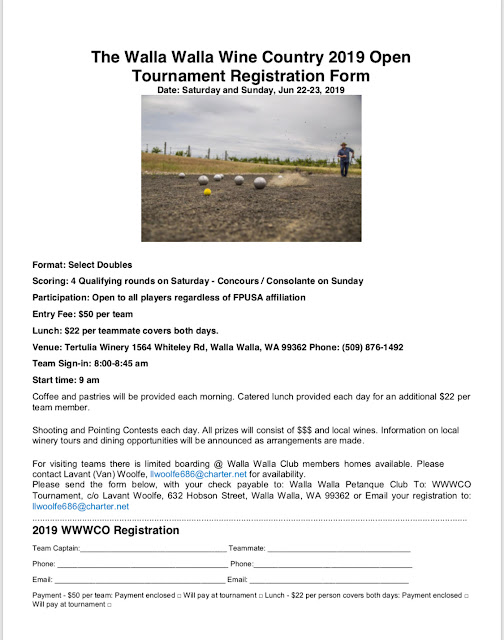 Posted by La Petanque Mariniere at 12:38 PM No comments: