La Pétanque Marinière and the County of Marin, set to honor Pierre Joske. 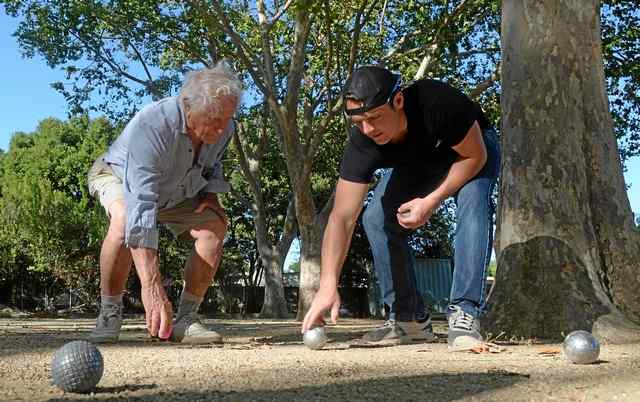 On a recent evening in San Rafael, French folk music played as some 30 people gathered at the pétanque courts near the Marin County Civic Center, laughing, chatting — some speaking French — and playing a few friendly rounds of the game.
“It’s like stepping into France,” said Louis Toulon, speaking in a rich, flowery tone accented by the inflections of his native Aix-en-Provence. “It’s a very sociable game.”
The San Rafael resident was among a core group of French transplants who founded the court in 1972 with the help of the late Pierre Joske, the county’s first Open Space District manager.
For the complete article, click here.
Posted by La Petanque Mariniere at 6:31 PM